The GoBots Did it First!

The GoBots Did it First! 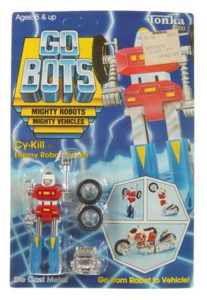 When people are asked who were the robots of the 1980’s, 9 out of 10 will answer the Transformers. Thirty-five years and six live action films later the Transformers have been a near continuous property in the United States since 1984 with only a two year hiatus of toy releases in the United States between 1990 and 1992. The “idea” of a cartoon and toy storyline was Hasbro’s after being exposed to the transforming robot toys of Takara’s Diaclone and Micro Change toy lines. However, the original Japanese story was that these robots were piloted by drivers, not sentient beings. If you were wondering where do the gobots come into this story it’s right now. Hasbro did not do it first! After years of dealing with collectors and pop culture fans, I’ve noticed it is a common misconception that people believe the Gobots were a knock-off or simply Tonka’s reaction to Hasbro’s Transformers. In actuality, the Gobots came first. 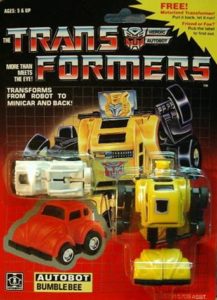 Originally released in 1983, the gobots were a joint venture between Tonka and Japanese toy manufacturer Popy. As a quick reminder Popy has been mentioned several times throughout this column. They had previously imported their Jumbo Machinder toys as Shogun Warriors in 1977 and their large scale Chogokin diecast robots in 1982 as GoDaikins. 1983 brought another experiment with licensing their Machine Robo toy line to Tonka. Contrary to the original Japanese toy line, the Gobots were sentient beings compared to being human piloted mecha. Huh, where have I heard that before? Supposedly the Gobots had been Tonka’s retaliation to hearing the rumor that Hasbro would be releasing a Transforming toy line, so they wanted to beat them to the punch. Here is were they failed. The gobots were SUPER tiny. Although their construction was of a higher quality with most being entirely diecast their transformations were pitiful and simplistic. Some you didn’t even really do anything then stand the car on it’s back bumper and ta-da! You have a robot. The intricacies and scale of the Transformers are what made them a smash on toy store shelves compared to the competition. Outside of the toys themselves the ingredients to make a successful toy line is the marketing behind them, which in this case is comics and cartoons. Hasbro had it down to a science. In retaliation in an uphill battle Tonka wanted to beat Hasbro to the punch again with the first movie release between the two with Gobots: Battle of the Rocklords, five months before the Transformers animated movie. It was a flop, but why? Tonka thought Rocklords would be their new hip idea, but why on earth would children want to play with robots that turned into rocks? Even 33 years later the idea is still ridiculous. That’s why seven months later the Gobots been discontinued.

While the vast majority of readers out there might not retain or care about this information there is one thing I want to make sure you do. THE GOBOTS DID IT FIRST! They were the originators, Hasbro was derivative. Now I don’t have a personal vendetta against Transformers, they are what I personally collect. I just felt like giving the Pop Culture world a public service announcement. The more you know.