Established in 2015 by owner Kevin Bruneau, Bruneau & Co. Auctioneers is an energetic and young auction house built on the backbone of over fifty years of combined experience in the antiques and auction world. Kevin, a staple on the professional New England antique circuit since 1992, began his career managing and owning two antique stores until 2002.

It was during this time, in 1998, that Kevin entered the professional world of online sales with the inception of eBay. From 2002 to 2008 Kevin co-owned and managed a regional auction house before selling his portion of the business to his partner in December 2008. At that point Kevin returned to his eBay roots as “bkcranston” orchestrating weekly antique and Asian Arts auctions, becoming eBay’s first advertised seller. It was during this time in 2011, that Kevin went on a cross-country tour as a co-star on PBS’ Market Warriors. It is through these diverse experiences that Kevin formed the foundation on which Bruneau & Co. was built.

At Bruneau & Co. we believe in bridging the gap between antique and contemporary utilizing modern day methods to market history in a fast-paced, ever-changing world. We take pride in orchestrating specialty and single owner catalogs giving proper and factual representation of any and all “cool” items of value. Notable collections of the past have included the Tamara and Norman J. Bolotow collection of fine art, and the musical instrument collection of Lawrence David Clark Jr. As a multifaceted company our expertise goes beyond the traditional antique; we follow market trends and bring to light what the public calls for.

From its beginning, Bruneau & Co. has been partnered with Altered Reality Entertainment, parent company of Rhode Island Comic Con in organizing toy, comic, and collectible auctions bringing Pop Culture to a live auction environment. Our focus on emerging markets extends to contemporary and urban art, modern design, and Asian arts.

At Bruneau & Co. we are an ever-changing company. We are passionate about the past, working smarter for your future. 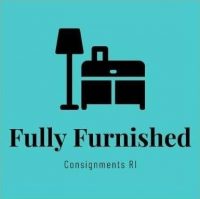